The record on all Free Analysis sides is now 2618-2399-88 ATS since 2013, which is very good picking nearly every game over 9-plus years. The Free Analysis sides in which my predicted margin was 4 points or more away from the line (i.e Leans) are a profitable 827-694-30. Totals on the Free pages are now 2368-2286-40 in the 8-plus seasons I’ve been tracking them. I used to track totals with differences from the line of 6 points or more but those fell below the break-even of 52.4% last season and I now choose selected Leans on totals, which I think will perform better (and certainly did this season at 29-8-1).

The spreads posted are the consensus lines at the time I posted each analysis. 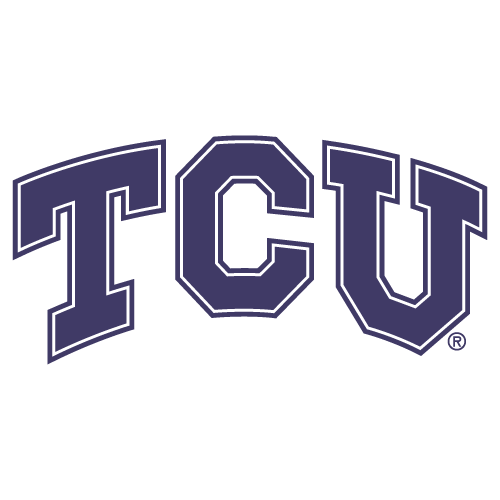 There have been 3 double-digit favorites in the National Championship game in the BCS/Playoffs era (since the 1998/99 season). Two of those big favorites lost straight up and the other won by just 3 points. Georgia is clearly the favorite, but TCU made it to this game because they’re a very good team and my math shows some value on the Horned Frogs.

The value comes from an improved TCU defense that’s been 0.5 yppl better than average for the season but has been considerably better with free safety Bud Clark on the field. Clark missed the first few games in which the Horned Frogs gave up a lot of passing yards, then he played off the bench for 4 games before being inserted into the starting lineup after the defense gave up 10.1 yards per pass play to Kansas State. In those 7 games with Clark as the last line of defense the Horned Frogs have yielded just 5.6 yards per pass play to quarterbacks that would combine to average 7.0 yppp against an average defensive team. TCU allowed 14.1 yards per completion in their first 7 games but yielded just 11.8 ypc in the 7 games that Clark started. I rate the TCU defense at 0.8 yppl better than average and the 0.3 yppl difference from their season rating, which equates to a couple of points of value.

Georgia’s offense has been 1.8 yppl better than average and would be slightly worse if TE Darnell Washington (43 targets at 9.9 yards per target) can’t play with an injured ankle but I’ll assume he’ll play (only worth 0.2 points if he doesn’t play). I project 472 yards at 6.9 yppl for the Bulldogs in this game.

TCU’s offense is elite, as the Horned Frogs have averaged 7.0 yppl against teams that would allow 5.5 yppl to an average team and they just gained 7.1 yppl against an elite Michigan defense in the semifinal game. The Frogs’ other games against very good defensive teams were mixed, as they managed just 4.2 yppl and 17 points in a win over Texas and were 1.2 yppl better than average and scored 62 points against Iowa State’s good defense. Leading rusher Kendre Miller (6.25 ypr) may be out after getting injured in the semifinal game, but Emari Demercado has averaged 5.81 ypr for the season and ran for 150 yards on 17 runs against Michigan. Quarterback Max Duggan also tends to run more when he’s needed to do so, and he’s averaging 6.5 yards per scramble – so the rush attack should be about as good even if Miller doesn’t play (I assumed a 50% chance of him playing and lowered the projected yards per rushing play by just 0.1 yprp).

Georgia’s defense usually plays their best against better offensive teams and that was certainly the case for most of the season. Georgia held Oregon to just 4.5 yppl and 3 points and Tennessee to only 3.9 yppl and 13 points. However, in their last two games the Bulldogs gave up a combined 71 points and 7.4 yppl to LSU and Ohio State, which are bad performances relative to their normal standard, which is 1.4 yppl better than average for the season. TCU’s offense has a slight edge over Georgia’s defense, and I project 357 yards at 5.9 yppl for the Horned Frogs.